Talie Mengell is an early childhood educator who has been doing the vital work of nurturing and teaching children for 20 years.

She told On the Job that she loves her job, but like so many in the sector, she’s wonders if she can continue with current circumstances much longer.

“It’s hard to carry on because you could walk straight into another job with no qualifications and earn more money and have more respect,” Mengell said.

“[Early childhood education] is not a respected field at the moment. We are not seen for what we actually do. We’re undermined and underestimated.”

People’s comments when you tell them you’re an early childhood educator are a giveaway. They say, it’s not like being a teacher, it really is just playing. Poor pay, demanding and undervalued work as well as tough conditions of employment add to the stress, pushing early childhood educators to the limit.

So much so that they are taking industrial action tomorrow, shutting down the early learning sector and taking to the streets to demand a better deal.

United Workers Union director of early education Helen Gibbons told On the Job that you don’t have to look too far to see how little respect early childhood educators have.

You just have to look at their pay packets.

“The clearest way that demonstrates how much we value early educators is by how little we pay them,” Gibbons said.

“They can be paid as little as $24 an hour, even though they’re experienced and skilled and have an extraordinarily responsible position.”

“It’s also important to remember that this is something that has been characterised as women’s work, that the care and education of young children is the responsibility of women,” she said.

“You see this play out in a whole bunch of different fields that are similarly characterised as women’s work that it’s undervalued.”

People are expected to do it for the love of it, or because it’s a vocation. Early educators do love their job and they work incredibly hard. They’re incredibly skilled, and they deserve to be paid appropriately. Gibbons is adamant that we need to reset our thinking about the role of early childhood educators.

The UWU is focused on fixing a complex and dysfunctional industrial relations system that doesn’t recognise the skills required to deliver quality early childhood education.

“There’s the undervaluation of little children and the importance of their education. The educators are saying very clearly that this is important, and it’s important that their work and their role is valued properly in the community.”

For Talie Mengell and her colleagues, walking off the job to fight for a better deal is not a decision they take lightly.

“The parents at the centre I work at have been really supportive. They understand that you can’t pay the bills with love,” Mengell said. 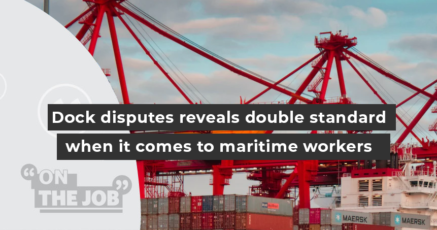