Imagine having to wait two or three years for a knee surgery that would mean you could walk properly again, or watching the days peel off the calendar until you could have an operation that would put an end to excruciating pain?

For many Australians, that’s been the reality they’ve faced as public hospital elective surgery waiting lists have ballooned during the COVID-19 pandemic.

Natalie Dunn is a public servant who lives in Canberra. She told ABC News about her experience living with endometriosis, a painful condition that seeped into how she was able to enjoy her day-to-day.

Having been told by her doctor that she required further surgery to deal with the problem, she decided to raid her super savings to meet the estimated $10,000 medical bill.

“I’ve already had three surgeries that have cost thousands of dollars each and with the cost-of-living at the moment, I’m struggling to pay the bills as it is,” she said.

“So if you’re living in pain, then you’ve got to make a decision about, ‘Well, I don’t have the savings. Where can I get the money from?’ Do you draw down on your mortgage? Or do you take money out of your superannuation? That’s really the only option that’s available to you,” Dunn said.

Workers forced to use their superannuation to cover medical expenses

Out of desperation, many Australians have been raiding their superannuation to pay private providers for medical interventions and procedures.

It’s a dangerous path to take, as people have no choice but to chip away at their retirement plans to deal with the crisis they face here and now.

And the numbers are alarming.

Australians have withdrawn $1.6 billion from their super accounts over the past three years to pay for medical treatment.

If you have a super fund account, you can apply to the Australian Tax Office (ATO) for early access to their super savings under compassionate grounds, such as for medical treatment or transport.

However, the number of Australians applying for early access to their super is now almost 20 times higher than it was around a decade ago. Back then, the total amount accessed was just $25 million – a drop in the ocean compared to the recent $1.6 billion.

The Australian Salaried and Medical Officers Federation (ASMOF) President Dr Tony Sara told On the Job that this raid on super savings is a result of a public health system not coping.

If you’ve got beds taken up by COVID patients, then we’re struggling to do elective surgery. Therefore, if someone wants their elective surgery done sooner than waiting for it in the public sector, they may feel compelled to access their superannuation to be able to get that procedure done in the private sector. Leading health economist Stephen Duckett agrees with Dr Sara, telling On the Job that the raid on super to fund medical procedures raises fundamental issues about the state of Australia’s public health systems.

“Australia has a universal health insurance scheme, Medicare, which should ensure that people who need essential care can get it, and get it in a reasonably timely way,” Duckett said.

Read More: Why we can never take our healthcare system for granted

“So the fact that we’ve got stories about people accessing their superannuation because they can’t get timely access is really distressing. The states need to be actually lifting their game to ensure that this care is available to everybody who needs it.”

Dr Sara is angered by the choice people, like public servant Natalie Dunn, are being forced to make.

“[These patients] have got needs, they want to stop effects of whatever it is they need the procedure for but accessing your super savings to pay for that is a terrible idea. Reducing your superannuation savings robs you of your retirement, and that’s not what super was designed for.”

Stephen Duckett agrees, warning that protecting super is as much about public health as meeting people’s immediate needs.

“[Superannuation] is so important for people’s future wellbeing. The previous, conservative government didn’t support it and so they were quite willing to undermine it by saying you could use it for a range of things.”

“So we need both state and federal governments to recommit to providing the right health funding so people don’t raid superannuation, and also commit to protecting superannuation as it was designed to ensure people retire with enough money to live on,” Duckett said.

Win decent retirement for all workers 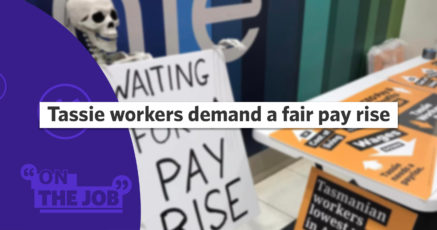 SHARE:
Why you shouldn’t have to raid your superannuation to pay your medical bills

SHARE:
Why you shouldn’t have to raid your superannuation to pay your medical bills