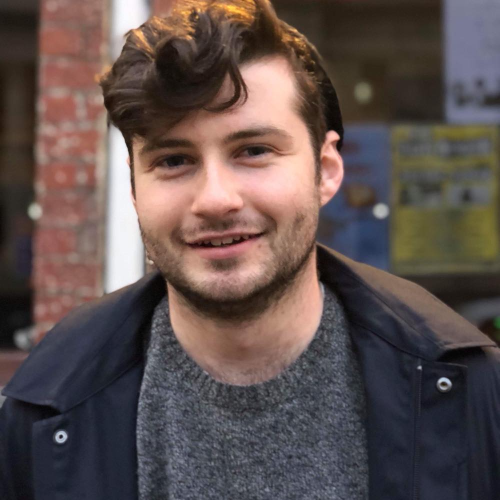 We’re cry baby snowflakes. We’re apathetic youths with a phone attached to the hip. We want too much and we’re self-absorbed. We’re social media addicts who are too lazy to create change.

And so goes the complaints of older generations, bemoaning a perceived drop in political participation and rise in apathy amongst the young.

As a young person and union activist, it is something I have experienced firsthand, and it’s the kind of dismissive attitude young people come up against every day.

Both within and outside activist spaces, there exists a fundamental misunderstanding of the Millennial and Gen Z activist – who we are, where we are, and how we talk (explaining emojis to my mum has been a journey).

The assumed apathy of my generation is particularly frustrating at a time when we’re facing some pretty huge and daunting challenges. From the globally felt effects of climate change, to the localised crisis of insecure work – ours is a future cloaked in uncertainty. Are we anxious? Absolutely. But apathic? How dare you.

The truth is we are angry, and we are organising.

Young people are participating in activism on a scale not witnessed in recent history. It’s something Arian McVeigh, Manager of the Young Workers Centre at UnionsACT sees every day from the young workers they support.

“We work with heaps of young workers who are super switched on and know when they are getting ripped off,” says McVeigh.

“They know that there’s an unfair power imbalance in workplaces. They know the system leaves them exposed to exploitation by dodgy bosses. They are demanding change and organising to make it happen.”

Maired Lesman, Acting Director of the Young Workers Centre in Victoria supports this view, having worked alongside young activists during recent campaigns.

“Through our campaign to make wage theft a crime, or the work done by the school strikers for climate, or our current focus on fixing the apprenticeship system, it’s crystal clear that these young workers and activists care deeply about the world around them and are willing to fight to make it fairer,” says Lesman.

So where are these young activists? They’re online.

Young people use social media platforms for more than just selfies and memes – they use these channels to create change. Take the Black Lives Matter movement for example. Shared updates on cases such as George Floyd via Instagram took local cases of injustice and spread awareness, raised funds and launched actions across the world…within minutes.

This doesn’t happen by accident. It is the combined efforts of young activists who have perfected communications through group chats, posts, reels and stories that have achieved these kinds of results.

Joining Instagram in the young activist arsenal is short form video sharing app TikTok. It may be more known for its viral dance trends, but the platform is seeing a surge in activist content. From tanking a Trump rally to political protest in Southeast Asia, TikTok is fast becoming a major player in shaping the political landscape.

Young people are using TikTok to talk about issues they care about in an entertaining way. There are TikTok accounts dedicated to activist topics like workers’ rights, feminism, race and indigenous politics, usually with a mix of some form of humour.

Through these spaces, people who have previously had no connection to progressive politics are now becoming some of the union movements most avid supporters. They’re informing the public, getting petitions signed, people at rallies and changing people’s lives for the better.

So, without further ado, meet some young rising star activists you should be watching.

Young workers are a set of different content creators that talk about the importance of unionism, your rights at work and how cooked the Morrison Government is, all under 60 seconds.

They’re young, they’re switched on, they know what they’re talking about and they don’t take any shit. If you’ve ever wondered what young people think of politics (but have been too afraid to ask your nephew) – this is the account to watch.

Meissa Mason is a queer indigenous activist who uses her platform to engage and educate like no other. She’s made headlines for all the right reasons by calling out racism against First Nations people in Australia. With a mix of humour and quick wit, she gets the job done and is a slayer of conservative commentators.

I’ve been following Sam for quite some time now and their content is so beautiful and gets complicated points across so eloquently. Their takes on toxic masculinity, LGBTQI+ issues and the refugee crisis are done in such an artful way that you can’t help but not share. Sam is definitely one to follow.

These are just a few of the many young voices that are shaking thing ups and leading change – taking our movements proud history of progressive activism and running with it.

They might go about things a little differently (ok, a lot differently) than you’re used to, but they just want the same thing as the generations of activists who came before them – a better future for everyone.

SHARE:
The kids are more than alright – meet the next gen of activists shaking things up

SHARE:
The kids are more than alright – meet the next gen of activists shaking things up