Myanmar: union solidarity in the fight for democracy 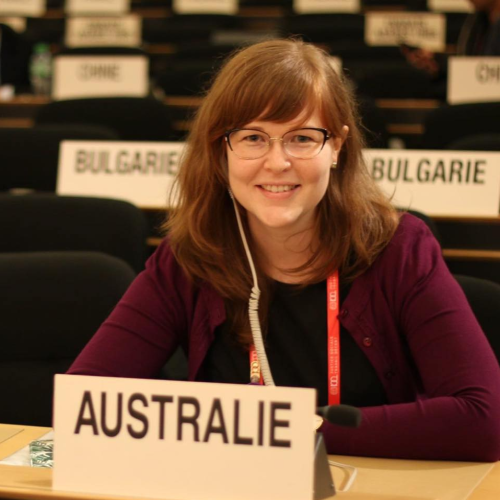 On 1 February this year, Myanmar’s military overthrew the democratically elected government in an illegal coup. Since then, millions of people across the country have been involved in the civil disobedience movement, taking to the streets to demand the release of their democratically elected leaders and the restoration of democracy.

Unions are at the forefront of these protests, with workers across the country taking strike action in defence of democracy. The military has responded by declaring martial law and waging war on the people of Myanmar, with more than 800 people killed so far, and more than 5000 arrested or detained.

Trade union leaders and worker activists have been particularly targeted by the authorities, with many arrested, intimidated, threatened and harassed. Union offices and unionists’ houses are being searched, at least 20 union leaders have been arrested, and many more are in hiding after warrants were issued for their arrest. The military declared sixteen unions and workers’ organisations illegal, and has illegally dismissed tens of thousands of workers for participating in protests and strike action.

The people of Myanmar are counting on the rest of the world’s support for their movement to restore democracy in Myanmar. Coup leader, Senior General Min Aung Hlaing, and his military want a return to open dictatorship, while continuing to enrich themselves through their extensive business interests, including lucrative deals with foreign investors.

The union movement in Myanmar is calling on the international community to support their struggle by enacting sanctions to stop the flow of revenue to the military and weaken their grip on power. They are also calling on the international community to sever ties with the military junta, and instead recognise the National Unity Government – a people’s government formed on 16th April, composed of the democratically elected parliamentarians ousted by the coup, leaders of the civil disobedience movement and representatives of ethnic nationalities.

How has the Australian Government responded to this crisis unfolding in our region?

The Morrison Government’s response has been incredibly weak, and out of step with the international community. It took the Australian Government more than a month after the coup to suspend bilateral military cooperation between the Australian Defence Forces and the Tatmadaw (Myanmar military), and the Australian Government has failed to impose further sanctions on the regime. This is out of step with the response of other democratic countries: the United States, the United Kingdom, Canada and the European Union have all imposed additional sanctions on the Myanmar military leaders and their business interests.

In fact, instead of suspending ties with the military junta and enacting sanctions, the Morrison Government is about to deepen links with Myanmar by pushing ahead with the ratification of the new Regional Comprehensive Economic Partnership (RCEP) trade agreement.

RCEP is a trade agreement between 15 countries in the Asia Pacific region, including Myanmar. Ratifying a new trade agreement with Myanmar while the brutal military junta are in power sends a signal that legitimises and risks further entrenching the military regime.

The workers of Myanmar are putting their lives on the line and are taking strike action to bring the economy to a halt to stop the flow of money to the regime and bring an end to military rule. By pushing ahead with the ratification of the RCEP trade agreement with Myanmar and not imposing sanctions, the Morrison Government is actively undermining the movement for democracy.

Workers in Myanmar need our solidarity. The global union movement has set up a strike fund for Myanmar unions to support workers and families who have lost their livelihoods and to cover emergency needs such as food, shelter and medical care. Donate now – any donation will make a difference and will support the struggle of workers in Myanmar.

Stand with the people of Myanmar SHARE:
Myanmar: union solidarity in the fight for democracy

SHARE:
Myanmar: union solidarity in the fight for democracy